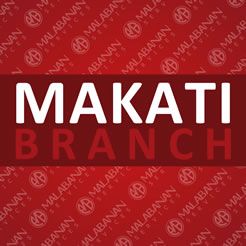 Services That We Offer

Makati city is at the center of Metro Manila and with the highest concentration of multinational and local corporations in the country, Major banks, corporations, department stores as well as foreign embassies are based in Makati makes it until now without a doubt remained as the financial center of the Philippines.

Our branch in Makati City offers various services such as:

For residential, the most essential part of septic tank construction is that the tank should to be installed on a level grade and at a depth that gives provides adequate gravity flow from the home and matches the invert elevation of the house sewer.

All Kinds Of Plumbing Repair

Makati city has a household population of 104,000 persons based on the 2007 Census of Population and Housing and barangay Rizal was the most populous area. There are 5 common plumbing problems on our households, and these are:

We will take care of any of your plumbing problem just give us a call and our local service team will be there, fast.

Advantage of preventive maintenance is that, it extends the useful lifecycle of your septic tank, it enhances the efficiency of your equipment keeping them running more efficienty thus decreasing the need for capital replacements and lowering your expenses.

The system then can be designed based on the findings of the survey and results of the soil test. There are some guidelines needed to be performed before installing a pipe line for a septic tank system please call us and set an appointment for an immediate ocular visit.

This task can be hazardous to your health, never attempt to do it yourself. We have complete papers from business to sanitation permits. Only call professionals when it comes to cleaning your septic tanks we can also provide manual cleaning if necessary.

Siphoning is one way of maintaining the functionality of your septic tanks and of course you don't want an overflowing and smelly septic tank right? Using our high-end tools and truck we can guarantee that the service will be done in hassle-free.

All kinds Of Declogging

A clogged sewer or drain line can be a major headache. With our honest servicement we can spot the problem you are facing and suggest what is needed to be done.

In case of serious problem we have a heavy duty sewage pumps for draining of waste water, mud and trunk.

We accept cash or check payable to Belen A. Malabanan.

Copyright 2017 All Rights Reserved.
The MalabananServices.ph™ name and logo are registered trademarks of Belen-A Malabanan Excavation and Plumbing Services